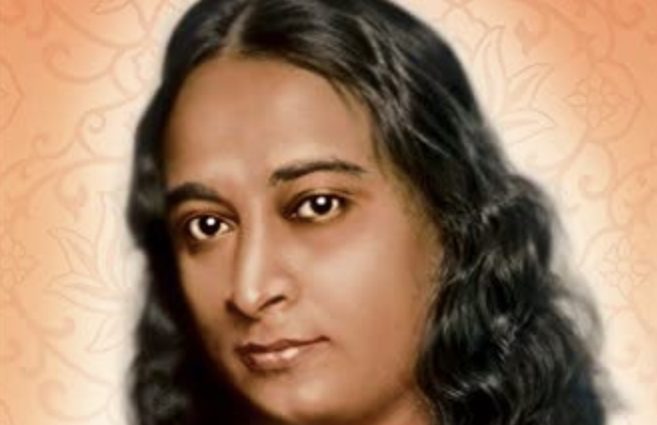 Autobiography of a Yogi is one of the hidden gems and treasures of the Spiritual haven and today it can be found in libraries and Universities around the Globe.

It was written and published by the Guru Paramahansa Yogananda in 1946, who was the founder of Self- Realization Fellowship & Yogoda Satsanga of India in 1920.
He published newer editions of this great book (1949, 1951, 1956)
He left his body consciously (Mahasamadhi) at the Biltmore Hotel in Los Angeles, California on March 7 1952, during a banquet honoring the ambassador of India and England. (notice that the posthumous 1956 edition of Autobiography of a Yogi, was late, due to the fact that the Philosophical Publishing House of New York at that time used to own the Copyrights of the book.
He brought to Occident in 1920, a new dispensation: Kriya Yoga, a higher  scientific method of meditation, taught in the Golden Age, millenniums ago by Patanjali, Mahavatar Babaji and many savants, rishis and sages.
The sacred technique was lost through the ages and in 1861, Babaji bestowed upon Lahiri Mahasaya the holy technique during initiation, and then instructed him to disseminate it to those receptive and spiritually ready.
It was the only book Steve Jobs read once a year in his iPad and the only E-Book he had.
Steve Jobs was CEO and co-founder of Apple along with Steve Wozniak.
George Harrison of the Beatles used to give away free copies of the Autobiography of a Yogi.
In 2001 Harrison ‘s funeral was held by his family at Lake Shrine in the Pacific Palisades.
Even The King of Rock and Roll, Elvis Presley used to visit the headquarters at Mount Washington seeking spiritual advice from Sri Daya Mata and became a student of the SRF.
If you have not read this Classic, please give yourself a chance to read it.
Please, click on the link below:
Autobiography of a Yogi 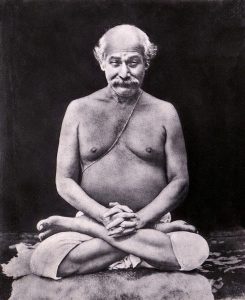 Tara Mata was an exalted and remarkable disciple of  Guru Paramahansa Yogananda and was the main editor of Autobiography of a Yogi.

She wrote interesting philosophical articles, essays with wisdom and intellectual prowess.  Here is one sample of an article she wrote on East-West Magazine titled Atlantis and Lemuria.

There is also a prominent article, well written and thoughtfully articulated by Laurie Pratt (Tara Mata) about the Astrological World Cycles.

Paramahansa Yogananda wrote most of the Autobiography of a Yogi in his Ashram or Hermitage in Encinitas, California.

In 1936 business and millionaire James Lynn and one of the most advanced disciples of Yogananda since 1931 purchased the land for the hermitage.

James Lynn bought what was considered the largest estate in Encinitas in 1936 and gave it away to Yogananda as a gift for his private use.

Yogananda instead shared the Temple, Hermitage and beautiful gardens with all God’s thirsty  souls and established a Colony of spiritual seekers.

After Yogananda’s conscious exit from his body in 1952, James Lynn was baptized in initiation By Yogananda as Rajarsi Janakananda. After Yogananda’s passing Mr. Lynn became the first President of SRF until his soul departure from the physical plane in 1955.   And Sri Daya Mata became his successor.

Today the thriving religious and non-profit organization founded by Paramahansa Yogananda, known as Self-Realization Fellowship in USA maintain the sacred grounds and offer spiritual retreats to all sincere and meek souls seeking God. Spreading the nectar and ambrosia of such sacred teachings

The gardens are open to the public year round.

Paramahansa Yogananda also wrote here The Second Coming of Christ, composed of two volumes, and it can be purchased here.

On August 30, 2017, Brother Chidananda succeeded Sri Mrinalini Mata as the fifth president and spiritual head of SRF/YSS.  For more detail about the spiritual  lineage click here.

Sri Yogananda predicted that SRF /YSS will always have realized souls to carry on the spiritual torch of the organization and ideals.

Beautiful Lake Shrine is a “hidden” jewel  at Pacific Palisades in Los Angeles California. This property was donated to Self-Realization Fellowship in 1949.  As Yogananda described about the twelve – acre wonderland:  ” it has a large Natural Lake, a blue jewel in a mountain diadem… with a Quaint Dutch-windmill. its limpid waters are fed from deep springs, hot and cold… and at the sound of a bell, swarms of fish rise picturesquely to the surface to receive bread crumbs.”

Trees, shrubs and flowers are part of the beautiful  landscape and grounds. There is an open air temple and monuments representing the four major Religions of the World.

The sylvan peace is surrounded by mountains and the ocean. Portions of Mahatma Ghandi s’ ashes are enshrined in a 1000 years old Chinese sarcophagus located in the Ghandi World Peace Memorial.

In 1945 the Great Master Paramahansa Yogananda finished his Autobiography of a Yogi.  Fifty years exactly after Lahiri Mahasaya ‘s passing; by fulfilling the prediction made by the great Lahiri Mahasaya.

Yogananda began writing his biography in 1931.

During the years, Sister Tara Mata, Sraddha Mata, Ananda Mata & Daya Mata assisted him with the making of the book.

On Christmas of 1946  the long awaited books arrived at  Mount Washington.  Then He gave each disciple a dedicated copy of the book with his words of wisdom and autograph.

Yogananda predicted that millions will be changed by reading this magnificent book. And it has been translated in more than fifty five languages

It was here at Mother Center that Yogananda held the first Easter Sunrise, even  before completing its purchase and also established the traditional ‘All Christmas day Meditation’ every year.

Today Mother Center handle the SRF lessons to students all over USA and the World.

In India and Asia Yogoda Satsanga Society of India (founded in 1917) serves students and devotees in that region of the Globe..

Yogananda came to America in the ‘City of Sparta’ boat and docked in Boston on September 9, 1920 and as an Indian delegate to the World Religion Congress.

In October 6 1920 gave his maiden speech in America at the Unitarian church in Boston.

This site uses Akismet to reduce spam. Learn how your comment data is processed.

An Ocean of Culture and Knowledge

Rigo Muniz (The Island that was Paradise in 1957).

I write articles of personal opinion, aphorisms, stories, poems, autobiography, history, essays and chronicles; I also dealt with Universal topics and I am always in search of the reason for existing. I love Science, Electronics, Astronomy, Gardening, Chess
I participate in various cyber portals and blogs as freelancer and writer.

END_OF_DOCUMENT_TOKEN_TO_BE_REPLACED 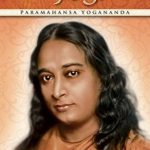 "Everything else can wait, but the search for God cannot wait."
George Harrison